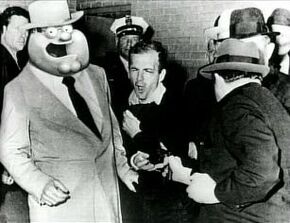 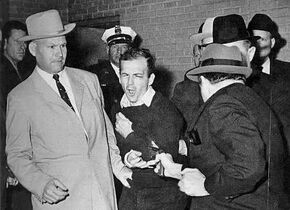 "The Guy in the White Hat" Griffin is Peter Griffin's uncle in "Peter-assment" and was described as the man who always knew where the action was. He is seen in a picture based on the 1963 Robert Jackson photo of James R. Leavelle during the assassination of Lee Harvey Oswald by Jack Ruby.

Retrieved from "https://familyguy.fandom.com/wiki/%22The_Guy_in_the_White_Hat%22_Griffin?oldid=218180"
Community content is available under CC-BY-SA unless otherwise noted.