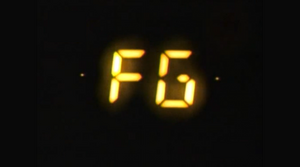 24 is an American television series starring Kiefer Sutherland as federal agent Jack Bauer, produced for the FOX Network and syndicated worldwide. The show is presented in the semblance of real time, with each 24-episode season covering 24 hours in the life of Bauer.

"Stu & Stewie's Excellent Adventure", the third segment of Stewie Griffin: The Untold Story, begins with a 24-style opening recapping the events of the previous two segments.

24: Redemption killed the joke of Peter Griffin's jail sentence in "Tales of a Third Grade Nothing". While Griffin was to be released the following Sunday at 9 PM, a reference to the show's timeslot, the film aired the Sunday of his release, pre-empting Family Guy.

A fake promotional bumper for the show is seen during "Peter's Progress". King Stewart III chastises it, telling it to do so on its own show.

According to Peter in "Friends of Peter G", an Alcoholics Anonymous member mentioned that their addiction ruined either their enjoyment of the show or the show itself.

Retrieved from "https://familyguy.fandom.com/wiki/24?oldid=162866"
Community content is available under CC-BY-SA unless otherwise noted.