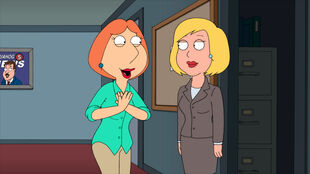 And I'm Joyce Kinney
Lois is outraged when local news anchor Joyce Kinney airs a negative profile on her. 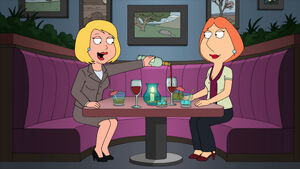 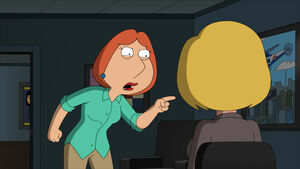 Lois is outraged and when confronts Joyce, she finds out it was in retaliation for a prank she pulled in High School. Lois confesses what happened to the family but finds herself ostracized at church. Depressed, Brian tells her to confront her problems head on. Lois arrives at church the following week and, comparing herself to Mary Magdalene, shows the film to the congregation, winning their approval.

Retrieved from "https://familyguy.fandom.com/wiki/And_I%27m_Joyce_Kinney?oldid=198486"
Community content is available under CC-BY-SA unless otherwise noted.