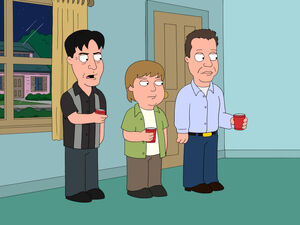 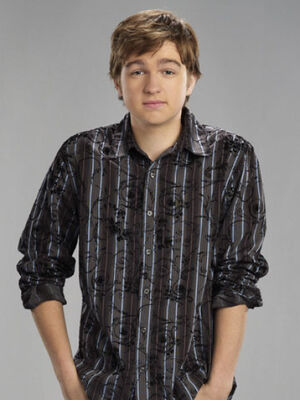 Angus Turner Jones (born October 8, 1993) is an American actor. He is best known for his role as Jake Harper in the CBS sitcom, Two and a Half Men.

Jones appears when the cast of Two and a Half Men attend Brian's party in "Brian Griffin's House of Payne".

Retrieved from "https://familyguy.fandom.com/wiki/Angus_T._Jones?oldid=125705"
Community content is available under CC-BY-SA unless otherwise noted.