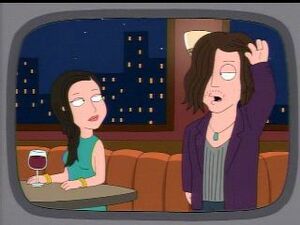 Audrina Cathleen Patridge (born May 9, 1985) is an American television personality and actress, best known as one of the original primary cast members on the MTV reality show, The Hills. Patridge will be appearing as the lead in her own reality series The Audrina Show which premiered in 2011.

She appears as herself in "We Love You, Conrad", in animated form and live-action.

Retrieved from "https://familyguy.fandom.com/wiki/Audrina_Patridge?oldid=121161"
Community content is available under CC-BY-SA unless otherwise noted.