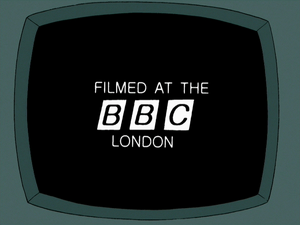 The British Broadcasting Corporation (BBC) is a UK based international public service broadcaster headquartered at Broadcasting House in London. It is the world's oldest national broadcasting organization.

Family Guy has aired on the BBC, originally on BBC Two and later on BBC Three, now currently on ITV2. The BBC has also aired, in exclusivity, several of the show's specials including "Creating the Chaos", "The Story So Far", "Family Guy: The Top 20 Characters" and "Groundbreaking Gags", as well as the world premier of "Partial Terms of Endearment".

Retrieved from "https://familyguy.fandom.com/wiki/BBC?oldid=185905"
Community content is available under CC-BY-SA unless otherwise noted.