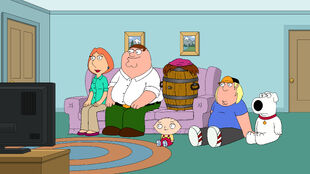 Better Off Meg
When Meg is believed to be dead, she decides to leave the family. 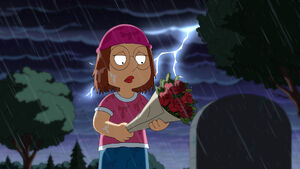 When not only does no one at the school tell her it was skip day and her family ditches Meg on her birthday, she goes bowling alone. Later that evening, the family watches a news report and discovers that Meg was killed in a car accident. Meg also watches the report and realizes that Bruce at the bowling alley accidentally gave her driver's license to the wrong person. When her funeral is poorly attended, she decides to strike out on her own while the family tries to cope with grief with mixed results. Moving to a new town, Meg meets new friends and creates the name of Natalee Hallway for herself, but spinning lies about her background soon begins to wear on her. 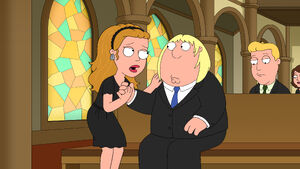 Meanwhile, Chris becomes Big Man on Campus at school, but when Meg gets homesick, she gives him a call and reveals her secret. However, rather than helping her and rising his popularity, he shoves her into a moving van and sends her away, where she finds herself tied up in a warehouse by the moving van driver while her memorial service at school is happening. She bangs her head on the concrete floor until she creates a pool of blood to allow her to slide out of the warehouse and heads to the school. There, she tries to point out that Chris is the cause of her situation, but is not believed until he confirms her story, but continues to refer to her in past tense and she is still relegated as secondary. However, she does get to hear that her mother and Brian do love her, and later her mom admits she knew she was faking it. Lois goes on to explain that women fake a lot of things like orgasms and being impressed about their husband's accomplishments at work. as Peter brags about his new promotion at work she offers to make him egg salad. When Chris questions this, Peter tells him that he fakes it just like orgasms and liking her egg salad, which he feeds to a raccoon. A raccoon outside with its offspring explains the faking again with orgasms and pretending to like Peter who gave him egg salad.

Retrieved from "https://familyguy.fandom.com/wiki/Better_Off_Meg?oldid=222197"
Community content is available under CC-BY-SA unless otherwise noted.