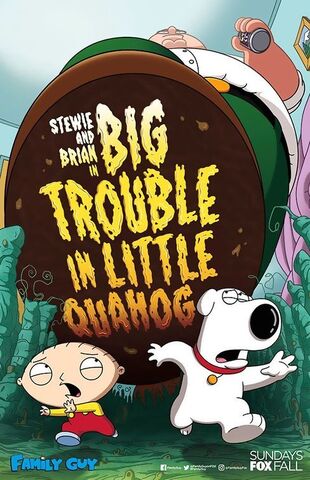 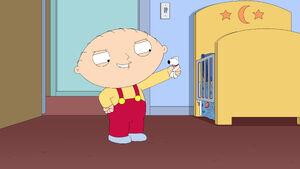 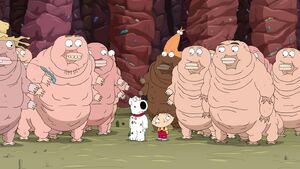 After dodging carnivorous dust mites, they befriend a group of water bears, unaware that Lois has called an exterminator for the rat who advises tenting the house. Attempting to reach Brian's computer to link it to the shrink ray with the water bears with a promise of unlimited water, a horde of dust mites pursue the group as Stewie manages to restore himself and Brian to their normal size. However, a pair of dust mites are also enlarged and start pursuing the pair as the bug bombs start to fill the house with poison. Just as it looks like they are trapped in the house, they are rescued by Tiny Tom Cruise. Peter reveals that Chris and Meg have accidentally been left inside the house as well. Meg almost decides to 'follow the light' with Prince and Alan Thicke until Peter drags them out.

With everything returned back to normal, Stewie tries to reward their water bear friends with a drop of water, unfortunately drowning them all in the process.