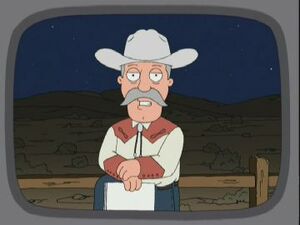 William Ray "Bill" Engvall, Jr. (born July 27, 1957) is an American comedian best known for his work as a stand-up comic and as a member of the Blue Collar Comedy group. He has released multiple comedy albums on Warner Bros. Records as well.

Retrieved from "https://familyguy.fandom.com/wiki/Bill_Engvall?oldid=85675"
Community content is available under CC-BY-SA unless otherwise noted.