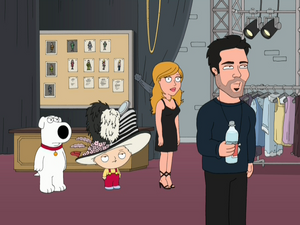 Sam Brody Jenner is an American television personality. In 2005, Jenner starred in The Princes of Malibu alongside his brother Brandon and Spencer Pratt. He was also featured on The Hills. In 2009, he had his own reality show, Bromance.

Brody appears in "We Love You, Conrad" on the set of The Hills.

Retrieved from "https://familyguy.fandom.com/wiki/Brody_Jenner?oldid=90586"
Community content is available under CC-BY-SA unless otherwise noted.