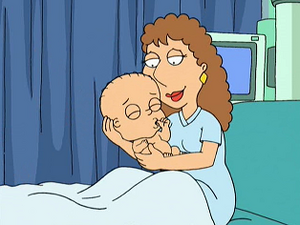 Carolyn Laurie "Carol" Kane (born June 18, 1952) is an American actress, known for her work on stage, screen and television.

Kane is perhaps best known for her portrayal of Simka Dahblitz-Gravas, wife of Latka Gravas, played by Andy Kaufman, on Taxi, from 1981 to 1983, and also for her role as Allison Portchnik in Woody Allen's Annie Hall. Kane earned two Emmy Awards for her work in the series and was nominated for an Academy Award for Best Actress for her role in the film Hester Street.

Retrieved from "https://familyguy.fandom.com/wiki/Carol_Kane?oldid=150288"
Community content is available under CC-BY-SA unless otherwise noted.