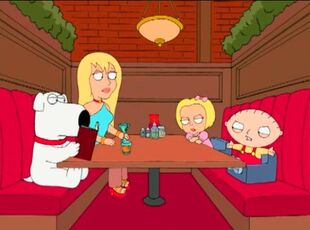 I know what I'm getting!

Chick Cancer
Stewie and Olivia start going out while Peter makes his own "chick flick." 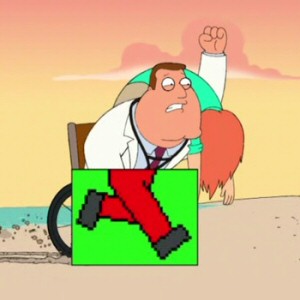 Stewie sees on the news that the Hollywood career of his old friend, child actress Olivia, is coming to a close and she is making one last appearance at the Quahog Mall. He goes to the mall to gloat but winds up falling in love with her. She does not return his feelings.

After seeing Quagmire get his way by being mean to a woman, Stewie comes to the conclusion that women respond to men who mistreat them, and Stewie scores a date with Olivia by mistreating her. 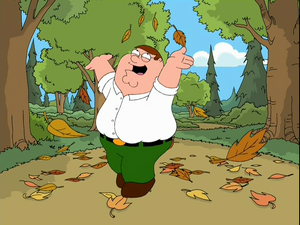 But their relationship quickly becomes filled with resentment and bickering, which comes to an ugly head when they join Brian and Jillian on a double date. When he discovers that Olivia is cheating on him by playing with another friend, Stewie sets fire to their pretend house, leaving them behind.

Meanwhile, Lois introduces Peter to chick flicks, and he decides to make his own “chick flick.” His dreadful movie, called Steel Vaginas, is poorly received.

Retrieved from "https://familyguy.fandom.com/wiki/Chick_Cancer?oldid=216451"
Community content is available under CC-BY-SA unless otherwise noted.