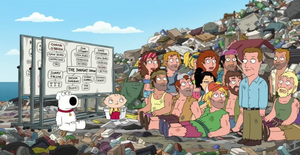 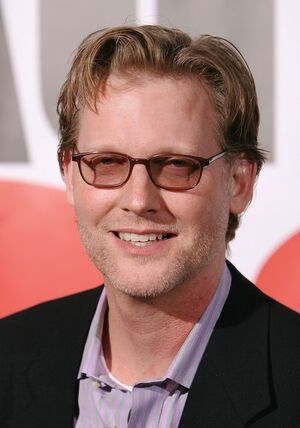 Craig Kilborn (born August 24, 1962) is an American comedian, sports and political commentator, actor, and television host. He was the first host of The Daily Show. Other stints include ESPN's SportsCenter, and CBS' The Late Late Show.

In "Island Adventure", Stewie and Brian try to catch up a group of castaways on things they have missed out since being lost for up to twenty years. when one inquires if Craig Kilborn is still on the air, Craig revealed he is on the island with them.

Craig is voiced by Piotr Michael.

Retrieved from "https://familyguy.fandom.com/wiki/Craig_Kilborn?oldid=212340"
Community content is available under CC-BY-SA unless otherwise noted.