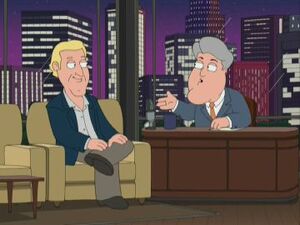 David Alan "Dave" Coulier (born September 21, 1959) is an American stand-up comedian, impressionist, television and voice actor, and television host. He is well known for his role as Joey Gladstone on the ABC sitcom, Full House, which ran from 1987 to 1995.

He appeared in "I Dream of Jesus" on The Tonight Show with Jay Leno promoting the DVD release of the third season of Full House.

Retrieved from "https://familyguy.fandom.com/wiki/Dave_Coulier?oldid=214342"
Community content is available under CC-BY-SA unless otherwise noted.