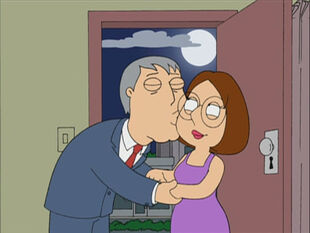 "I love you, Mayor Chapstick" 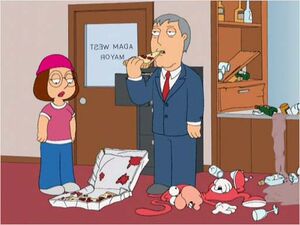 When Meg lands an internship with Mayor Adam West, Brian feels pressure to get a job to avoid being branded “the new Meg” by the family. He gets a job driving a taxi, but when he receives a $400 parking ticket, he argues to the Mayor that he’s corrupt. Determined to expose his shady ways, Brian and Stewie go undercover and discover that Meg is in deeper than they thought as she is engaged in an innocent, yet secret, relationship with the mayor. When Brian confronts Meg with pictures of her and the Mayor and Meg tells Adam, he ends the relationship to protect her from getting her name dragged through the mud. 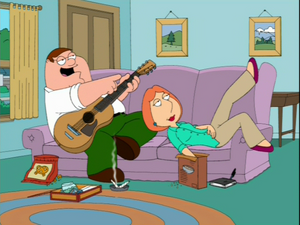 Brian feels bad and apologizes to Meg. After Brian offers to take Meg home he sees Cleveland destroying his taxi after being inadvertently denied rides; when spotted, Cleveland turns into a big cat and runs off.

Meanwhile, a local talent show brings Peter and Lois back to their folk singing days. Unfortunately, they also revert back to their hippie ways, smoking pot to conjure ideas for songs. Oblivious in their high state, Peter and Lois horribly blunder their performance at the show and lose. Chris gives them a lecture on the effects of smoking marijuana.

Retrieved from "https://familyguy.fandom.com/wiki/Deep_Throats?oldid=216450"
Community content is available under CC-BY-SA unless otherwise noted.