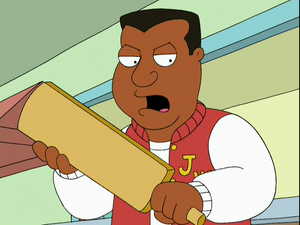 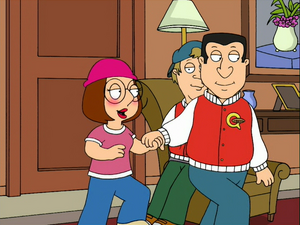 Doug is one of Connie DiMico's friends at James Woods Regional High School. He plays football and is often seen wearing a letterman's jacket.

He appears as an African American in "Let's Go to the Hop" as one of the many at the school doing "Toad."

In "And the Wiener is...", Doug's character design is seen as a white kid who held the pig in the closet for Meg to kiss as part of a prank on her.

The African-American character is used in "Jungle Love" as one of the upperclassmen that paddles Chris Griffin and in "Patriot Games" at the end of "Shipoopi".

He becomes one of Chris' friends in "Stew-Roids" and is attacked by Meg in "Dial Meg for Murder".

Retrieved from "https://familyguy.fandom.com/wiki/Doug_the_jock?oldid=217855"
Community content is available under CC-BY-SA unless otherwise noted.