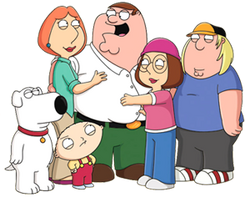 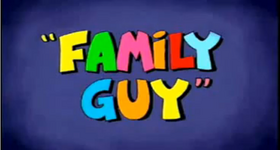 A shift in power at Fox resulted in the ordering of thirteen new episodes forming the basis of the third season. Keenly aware of the uncertainty of the show's future, the writers referenced the uncertainty in several episodes, specifically "The Thin White Line", in which Fox let them say expletives for the first time without being hidden by background noise like a bell, however, they remained censored.

Retrieved from "https://familyguy.fandom.com/wiki/Family_Guy?oldid=224816"
Community content is available under CC-BY-SA unless otherwise noted.