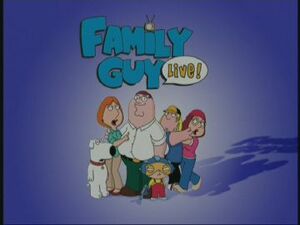 In the stage show, creator and star Seth MacFarlane leads the cast, including Alex Borstein, Mila Kunis, Seth Green and Mike Henry, in musical numbers from the show. Event includes a table read of an episode and a Q&A with the cast. It also occasionally features a sneak peek at an upcoming episode.

Retrieved from "https://familyguy.fandom.com/wiki/Family_Guy_Live!?oldid=128874"
Community content is available under CC-BY-SA unless otherwise noted.