Stewie "breaks up with" Rupert after learning that he used to belong to Chris. Unable to get over his feelings of betrayal, Stewie decides to take action.


When Peter injures himself and a family of squirrels in a chainsaw accident, Chris and Stewie take in one of the injured rodents to nurse it back to health. Meanwhile, a chiropractor fixes Peter's injury by realigning his spine - and restoring him to his "true height" of 6'5".


Stewie finally says his first word, and it's a swear. When Lois is shunned by the other moms, she tries to figure out where Stewie could have possibly learned it. 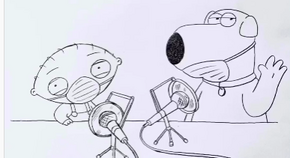 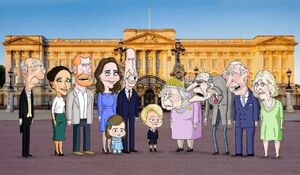 Retrieved from "https://familyguy.fandom.com/wiki/Family_Guy_Wiki:Quahog_Five_News?oldid=220460"
Community content is available under CC-BY-SA unless otherwise noted.