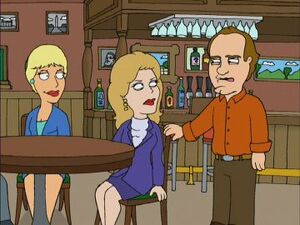 Frank Fontana was a fictional reporter on the television show Murphy Brown. Murphy's best friend and sometime competitor, Frank the only person who addresses her as "Murph".

Retrieved from "https://familyguy.fandom.com/wiki/Frank_Fontana?oldid=172789"
Community content is available under CC-BY-SA unless otherwise noted.