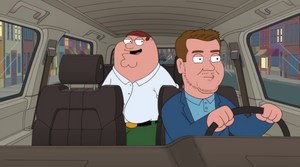 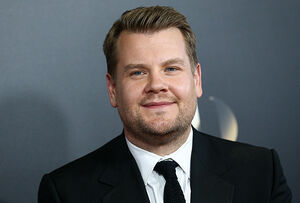 He appears in "Disney's The Reboot" when a woman in a Family Guy focus group suggests that they do Carpool Karaoke and the scene cuts to him with Peter, who confuses it for Taxi Cab confessions.

Retrieved from "https://familyguy.fandom.com/wiki/James_Corden?oldid=215857"
Community content is available under CC-BY-SA unless otherwise noted.