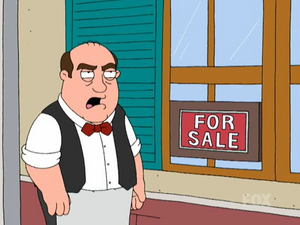 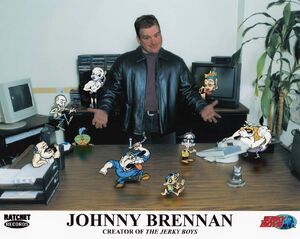 On Family Guy, he is the voice of Mort Goldman, a friend of Peter Griffin's and owner of Goldman's Pharmacy, as well as the voice of Horace, who was the owner and bartender at The Drunken Clam.

Retrieved from "https://familyguy.fandom.com/wiki/John_G._Brennan?oldid=206126"
Community content is available under CC-BY-SA unless otherwise noted.