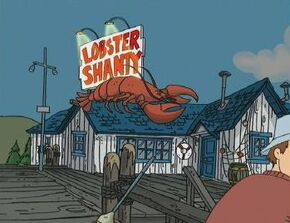 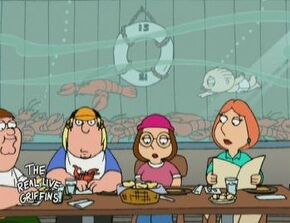 Lobster Shanty is the restaurant the Griffins eat at in "Fifteen Minutes of Shame" while being filmed for The Real Live Griffins television program. Judging by what Peter says, they had been to the Shanty at least once before. Stewie is seen chasing and wrestling with a lobster in the tank while the family continues to talk and consider their orders. Eventually, he emerges with his prize catch.

Retrieved from "https://familyguy.fandom.com/wiki/Lobster_Shanty?oldid=218677"
Community content is available under CC-BY-SA unless otherwise noted.