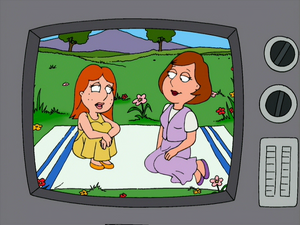 Mary Scheer (born March 19, 1963) is an American actress and comedienne, known as one of the original cast members of the sketch comedy series MADtv and for her work in iCarly.

Mary provides assorted voices, including "Brian: Portrait of a Dog" where she provided the voices of Mary Bradford in the Eight is Enough and Angela Lansbury in the Murder, She Wrote parodies, and the mother in the feminine hygiene commercial

Retrieved from "https://familyguy.fandom.com/wiki/Mary_Scheer?oldid=205547"
Community content is available under CC-BY-SA unless otherwise noted.