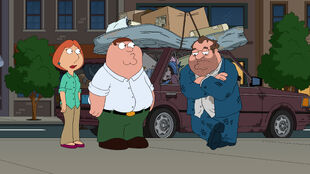 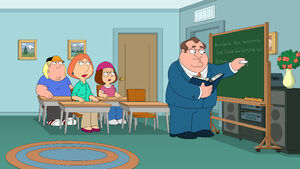 When Chris gets picked to do the morning announcements, he flubs the job so Principal Shepherd takes over. However, when he finishes, he mistakes the microphone for an Alexa device and is caught fat shaming Chris when it fails to shut off on command. At a meeting of the school board, Lois insists on something being done so he is fired. Peter and Lois find him homeless so they invite him to stay with them. He soon starts to turn the home into a carbon copy of the school, and when the family complains, he tricks them into 'detention' in the basement. After some time to bond, they successfully petition the school board to reinstate Principal Shepherd. 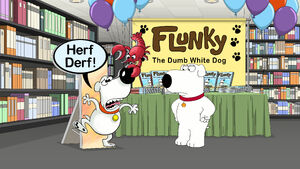 Meanwhile, Brian discovers Stewie with an entire opera going on in his room and questions the source of the money. This annoys Stewie who claims he can't let anyone be happy. Brian finds out later that Stewie's money came from making him the uncomplimentary star of a book he writes about a dumb dog. He complains, but Stewie says he presented the real Brian, so the latter files a suit against him. However, Stewie successfully proves that Brian is an idiot and wins the case.

Retrieved from "https://familyguy.fandom.com/wiki/Movin’_In_(Principal_Shepherd’s_Song)?oldid=225214"
Community content is available under CC-BY-SA unless otherwise noted.