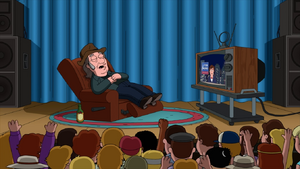 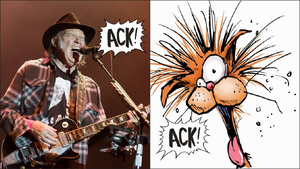 Neil Percival Young, OC OM (born November 12, 1945), is a Canadian singer-songwriter, musician, producer, director and screenwriter, primarily known for having been a member of Crosby, Stills & Nash which was later amended to add Young's name.

When Hammer takes Peter to Coachella in "HTTPete", he notes that Neil Young is on a side stage asleep in front of a television. Peter admits confusing him for Bloom County's Bill the Cat.

Retrieved from "https://familyguy.fandom.com/wiki/Neil_Young?oldid=225289"
Community content is available under CC-BY-SA unless otherwise noted.