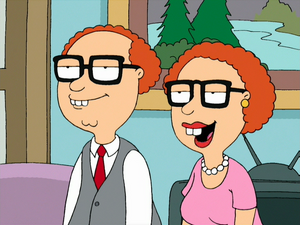 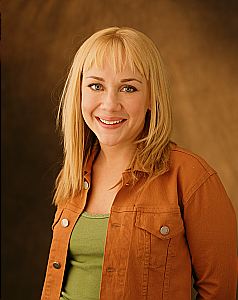 She has played on Scrubs and $#*! My Dad Says. She has also provided voices in Kim Possible, Buzz Lightyear of Star Command, The Secret Saturdays, and Meet the Robinsons. She has recurring voice roles on Family Guy.

Her most notable and prominent Family Guy role is that of Muriel Goldman. She also voiced Glenn Quagmire's suicidal psychopath of a wife Joan in "I Take Thee Quagmire".

Retrieved from "https://familyguy.fandom.com/wiki/Nicole_Sullivan?oldid=206118"
Community content is available under CC-BY-SA unless otherwise noted.