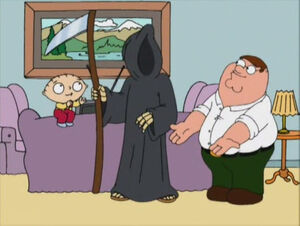 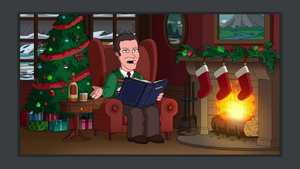 MacDonald voiced Death in "Death Is a Bitch". He was unable to reprise the role, as he was committed to A Minute with Stan Hooper. The role was given to Adam Carolla.

Norm appears as himself in "Don't Be a Dickens At Christmas" reading "'Twas the Night Before Christmas" on television, but has issues with the word "'Twas."

Norm is named when Peter had God list every single cast member of SNL in alphabetical order in "Are You There God? It's Me, Peter".

Retrieved from "https://familyguy.fandom.com/wiki/Norm_MacDonald?oldid=205126"
Community content is available under CC-BY-SA unless otherwise noted.