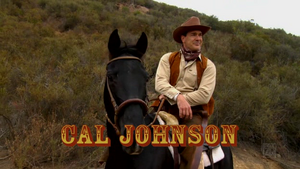 Patrick John Warburton (born November 14, 1964) is an American actor of television, film and voice acting. He is best known for the TV roles, including the title role of The Tick, Seinfeld, NewsRadio, and Men in Black 2. As a voice actor, his distinctive deep voice has been lent to roles including Kronk in The Emperor's New Groove and its sequels, bodyguard Brock Samson on The Venture Bros. and Ken in Bee Movie which got him nominated for an Annie Award.

Besides his role as Joe Swanson, he portrayed Cal Johnson on the fictional program of the same name. The theme song was performed in Family Guy Presents: Seth & Alex's Almost Live Comedy Show.

Retrieved from "https://familyguy.fandom.com/wiki/Patrick_Warburton?oldid=218829"
Community content is available under CC-BY-SA unless otherwise noted.