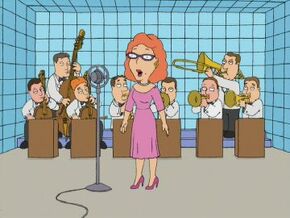 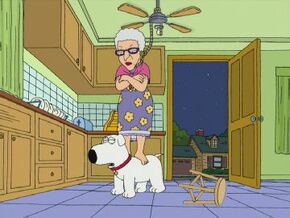 Devastated, Pearl went into seclusion for several decades and was presumed dead. Brian met Pearl while serving an outreach for the elderly program. This was part of his community service requirement as punishment for his drunk driving arrest. The devastation and seclusion turned her bitter and angry at the world, and did not initially appreciate Brian's help.

Retrieved from "https://familyguy.fandom.com/wiki/Pearl_Burton?oldid=221506"
Community content is available under CC-BY-SA unless otherwise noted.