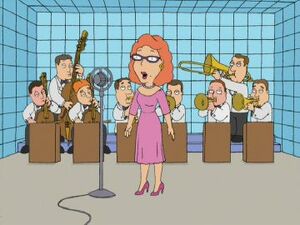 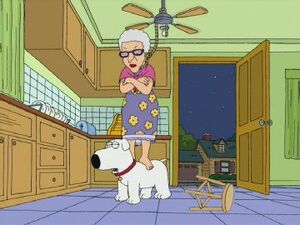 Pearl Burton was an American jingle singer who appeared in "Brian Wallows and Peter's Swallows". her career culminated in her attempt to sing opera in front of an audience at Carnegie Hall. The crowd interrupted her with requests for her many jingles.

Retrieved from "https://familyguy.fandom.com/wiki/Pearl_Burton?oldid=80777"
Community content is available under CC-BY-SA unless otherwise noted.