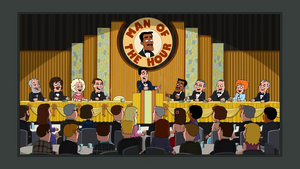 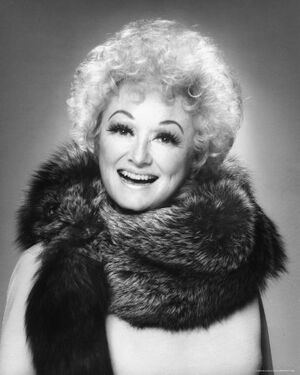 She was the voice of Thelma Griffin starting with "Mother Tucker", taking over the role from the late Florence Stanley. She would voice Thelma again in the character's next two speaking appearances, "Peter's Two Dads" and "Padre de Familia".

"Ratings Guy" was dedicated to the memory of Phyllis Diller and Michael Clarke Duncan.

Phyllis is seen in a Dean Martin roast infomercial in "Roasted Guy".

As Peter is dying in the future of "Rich Old Stewie", he sees others who have already passed on from the show, including Phyllis Diller.

Retrieved from "https://familyguy.fandom.com/wiki/Phyllis_Diller?oldid=219709"
Community content is available under CC-BY-SA unless otherwise noted.