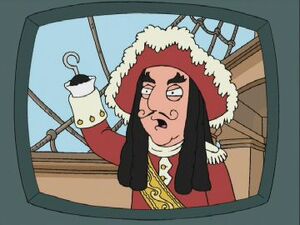 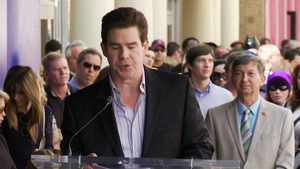 Ralph Garman (born November 17, 1964) is an American actor and General of the Garmy, best known as the host of The Joe Schmo Show, for his voice work in Family Guy, and as the entertainment reporter and impressionist for the Kevin and Bean morning show on Los Angeles radio station, KROQ. Garman was hired to work on the Kevin and Bean show through Jimmy Kimmel, who had received a recommendation to hire him through Adam Carolla.

He voiced characters such as Jeff Foxworthy in "To Love and Die in Dixie", Ted Turner in "Screwed the Pooch", Dustin Hoffman in "The Kiss Seen Around the World", Jeffery Fecalman in "Jerome Is the New Black" and "Screams of Silence: The Story of Brenda Q.", the jealous dog in "Back to the Pilot", and Sheriff Nichols in "Cool Hand Peter".

Retrieved from "https://familyguy.fandom.com/wiki/Ralph_Garman?oldid=206143"
Community content is available under CC-BY-SA unless otherwise noted.