Start a Wiki
watch 04:10
The Loop (TV)
Do you like this video?
General
References
Notes/Trivia
Quotes
Goofs

[For a complete script, see: "Rich Old Stewie" at the Transcripts Wiki] 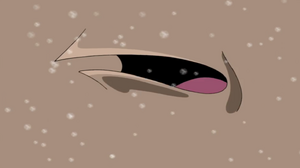 Lane Bergen: Welcome ladies and gentlemen and 14 other genders we have now.

Lane Bergen: I'm Lane Bergen. The biggest star of May 2020 and on. So, if you've only watched TV up until April of 2020, my name would be unfamiliar to you.
Stewie: Lane Bergen? What did Brett Kingston say no?

Stewie: I invented a pill to extend your life. It's called Semper Fido.

Stewie: I wanted you to live long enough to see that global warming is complete bullcrap.
Brian: Oh my God. We were so wrong about that.

Stewie: I guess I'm just not a family guy.

Chris: I kind of wasted my life except I obsessed over teaching my penis how to talk.
Stewie: What?
Chris' Penis: Who's out there?
Chris: Settle down. I just got some company.
Chris' Penis: Well, aren't you going to introduce me?
Chris: I'm getting to that. If you'll give me a second.
Chris' Penis: I wanna have a look at them.
Chris: Hey, numbskull. That's how we got in trouble the last time.

[Meg gets shot in the chest, to test out a bullet proof vest]
Meg: Oh YEAH! [vomits]
[Meg takes off her vest and she has a bloody wound on her body]
Meg: This one could use another layer.

Weenie and the Butt Singers: Quahog 97 FM on the radio and the internet and the orb, a new invention which lets you hear stuff in your head without a device.

[Cleveland has been on hold for millions of years]
Cleveland: I'm starting to think my call is not important to them.
Pre-Recorded Voice: Your call is important to us. Thank you for remaining on the line.
Cleveland: Alright. You just bought yourself another year.

Stewie: Look at all this traffic.
Chris: Yeah, Brady Boulevard is tight this time of day. You know what? Cut over to Brady on Brady and then take the Brady bridge.
Stewie: Is everything in this town named after Tom Brady?

Lois: Your father's had severe diabetes ever since they opened three ice cream stores in town.
Peter: They're all good.

Tom: Good evening, I'm Tom Tucker. Delivering the news with my Andy Rooney, end of life eyebrows. You won't hear anything I'm saying because they're so distracting.

Peter: I see a white light. There are others inside of it. Adam West, Carrie Fisher, Ricardo Montalban, Phyllis Diller, ...
Brian: Heaven is filled with every actor who ever died?
Peter: No, this is actually just the ones who did our show right before they died. Crazy right? Frank Sinatra, Jr., Charles Durning, Lauren Bacall, Rodney Dangerfield, Roy Scheider, Waylon Jennings, Ed Asner by the time this airs, certainly.
Chris: Dad, you don't have to do this. There are too many.

[Peter slowly dies on his deathbed]
Lois: He's trying to say something. His final words.
Peter: Lactating pregnant Latinas.
Chris: I will, dad. I promise.

Meg: Great work, tricking him, Brian.
Brian: Thanks. Well, you know I credit my years as a writer. When I planned the con, I saw Quahog as a character...
Lois: Okay, that's enough.

[Brian, along with the rest of the family except Stewie gets blown up in the house]
Brian: Stewie help! It hurts! Reverse the pill! Let me die!
Stewie: Oooh, I wish I could but the pills were in the house. Soooo,...yeah.

Brian: Stewie! Stewie!
Stewie: Huh? What?
Brian: What the hell is wrong with you? You've been staring at that old man Halloween costume for 30 minutes!
Stewie: Well, 21 plus commercials, but it's a big decision.

[Meg fantasizes about being Eva Perón]
Meg: People of Argentina. I have heard you cries and I just want to say...
[Peter interrupts her fantasy]
Peter: Meg! Meg! I already told you, you're not gonna be Evita. You're gonna be the back half of Edgar the farting horse.

Retrieved from "https://familyguy.fandom.com/wiki/Rich_Old_Stewie/Quotes?oldid=223321"
Community content is available under CC-BY-SA unless otherwise noted.