Road to the Multiverse 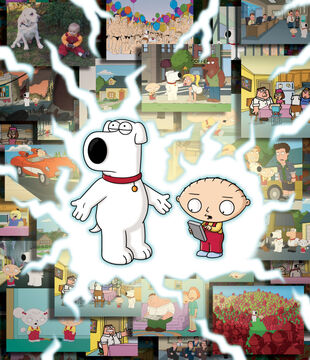 Stewie and Brian in the many universes

Road to the Multiverse
Brian & Stewie go on an out-of-this-world trip.

Plot: While at the Quahog Clam Day Fair, Stewie wins an animal contest using a pig with an exaggerated amount of muscle. After Brian inquires how he came about attaining the genetically modified pig, Stewie explains how he got it from a farm that breeds those specially mutated pigs. Brian insists on seeing this farm, and Stewie brings them both home where he divulges on the "Multiverse" Theory and shows him a remote control that allows the user to travel between alternate universes. 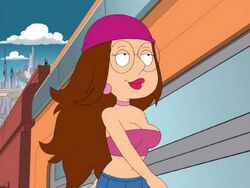 He takes him to the universe where he got the pig, one where Christianity never existed and therefore no dark ages to inhibit scientific advance for a thousand years. After seeing the wonders of this universe, the least of which being an attractive Meg, Brian wants to see more alternate universes. After brief stop-overs in the Flintstones universe, Disney universe, a Japanese universe, a universe where everyone needs to poop right at that instant, a bipolar double-headed universe, Quahog in the Ice Age, a Robot Chicken universe, the real universe, a universe inhabited only by a guy in the distance who gives out compliments and several other universes in a vain effort to get home, they stumble upon a universe where humans are subservient to dogs. Brian, enjoying himself in the new universe, gets into a scuffle with Stewie over the remote, and accidentally drops it on the sidewalk, breaking it. 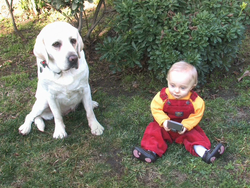 Finding their way back to the Griffin residence, they introduce themselves incognito to the dog versions of the Griffin family, including a human Brian. Dog Stewie asks to play with human Stewie, where he takes him into the living room and explains his similar situation, that he has also discovered the ability to travel through universes, albeit with precise co-ordinates in mind, which involves turning off the shuffle feature of the remote. He offers to take him back to his own universe, but unfortunately before he can retrieve the device, Dog Peter enrages human Stewie, causing Stewie to bite his hand, a detestable offence witnessed by Dog Joe, who locks Stewie up and takes him to the pound to be euthanized. Brian, Human Brian and Dog Stewie sneak into the prison where they break Stewie out and transport both him and Brian back to their universe. As the portal closes, Human Brian, realising the limitless potential he can hope to achieve in that universe, jumps in. After reaching their destination, Human Brian says his goodbyes, hoping to "be somebody" somewhere in the world, which unfortunately does not work out, because he is hit by a car shortly after leaving.

Previous Episode /// Road to the Multiverse \\\ Next Episode