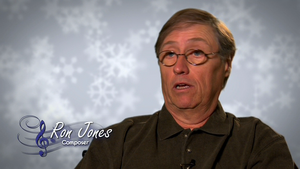 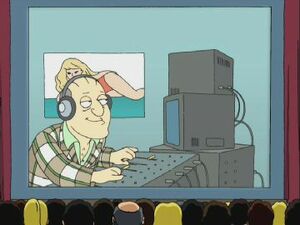 Ron Jones is one of the two main composers for Family Guy, the other being Walter Murphy. His other television credits include Superman, Ducktales, and Star Trek: The Next Generation, for which he paid a musical and visual homage to for the 100th episode, "Stewie Kills Lois". In 2000, he and Chris Sheridan received an Emmy Award nomination for the song "This House Is Freakin' Sweet!" from "Peter, Peter, Caviar Eater", and in 2008 he received another nomination for scoring "Lois Kills Stewie". He appears as himself in "Brian Does Hollywood" at the Woodies for Best Soundtrack.

One of the subtle differences between Jones and Murphy's music is that Jones rarely ever employs Murphy's theme music.

Retrieved from "https://familyguy.fandom.com/wiki/Ron_Jones?oldid=187641"
Community content is available under CC-BY-SA unless otherwise noted.