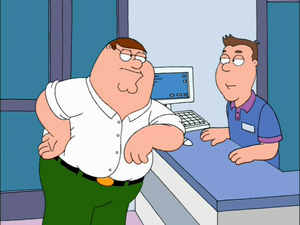 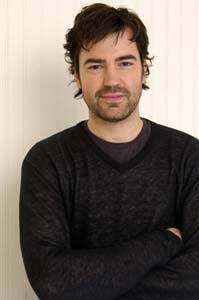 Ronald Joseph "Ron" Livingston is an American film and television actor. His roles include a disaffected corporate employee in the film Office Space, a sardonic writer in a short-term relationship with Carrie Bradshaw in the TV show Sex and the City.

He voiced the Lackluster Video clerk in Stewie Griffin: The Untold Story.

In "Stewie Is Enceinte", Stewie believes he will make a proud parent, just like Ron's. A cutaway shows Ron's parents on a bus who fail to remember who Ron is based on his lackluster acting career.

Retrieved from "https://familyguy.fandom.com/wiki/Ron_Livingston?oldid=176108"
Community content is available under CC-BY-SA unless otherwise noted.