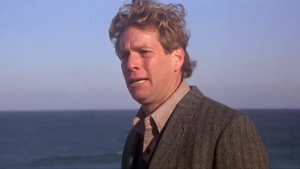 Charles Patrick Ryan O'Neal (born April 20, 1941) is an American actor and former boxer, known for his work in Peyton Place, Love Story, What's Up, Doc? and A Bridge Too Far.

Peter uses a clip of Ryan O'Neil from A Bridge Too Far in "Emmy-Winning Episode" in order to convey his shock at discovering a conspiracy against Family Guy in its attempt to win an Emmy.

Retrieved from "https://familyguy.fandom.com/wiki/Ryan_O%27Neil?oldid=198857"
Community content is available under CC-BY-SA unless otherwise noted.