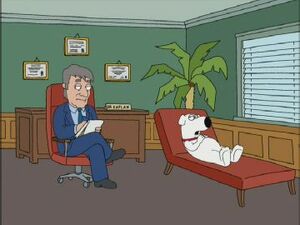 Samuel Waterston (Born November 15, 1940) is an American actor noted particularly for his portrayal of Jack McCoy on the NBC television series Law & Order. He has also appeared in many feature films.

He provided the voice for Dr. Bruce Kaplan in the episodes "Brian in Love" and "The Thin White Line".

Retrieved from "https://familyguy.fandom.com/wiki/Sam_Waterston?oldid=214047"
Community content is available under CC-BY-SA unless otherwise noted.