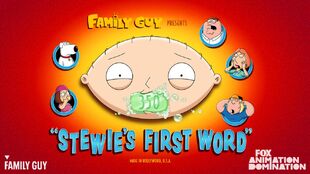 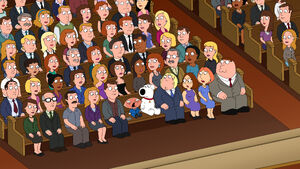 When the Clam becomes overrun with foreign sports fans, Peter talks the guys into going to Goodwill to root through the dumpster where he finds a Magic 8-Ball and becomes briefly hooked on it's advice.

At Church, when the Wi-Fi is poor and it's announced that there won't be any cookies available due to Lent, Stewie lets out an expletive that is heard by everyone. Lois finds herself shunned because of his behavior, so she sets out to find the source. She originally blames it on television but can't find any swear words in the shows he watches. She then tries to lay a trap for Peter, but fails to get a curse word from him. When she goes to the grocery store and is locked out, she starts to break down and wipes her eyes with an antibacterial wipe, which produces a loud expletive from her, causing her to realize that she is the cause of his cursing. 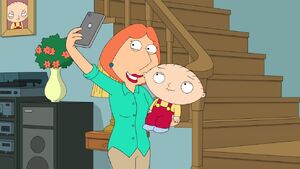 Lois proposes going to a resort to settle herself, and the family agrees when they realize they can be alone. As they tried to adjust to life without her, she finds that some of the programs just are not for her. When she selects a curse word for her own centering word, the class reacts in horror. She defends it and walks out, greeting the family on her return and earns a second word from Stewie of 'Mommy', but balks at saying it when she has a camera aimed at them.

When Brian tries to congratulate Stewie on his new ability, Chris and Peter interrupt pretending to be beatniks, admitting that they've lost the ability to properly end episodes and just settle for nonsense.