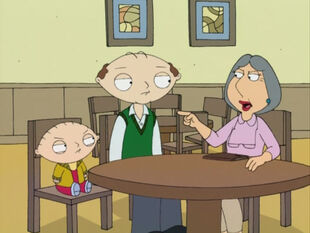 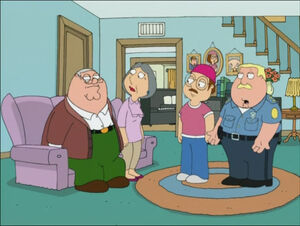 The episode begins with a 24-style opening recapping the events of “Stewie B. Goode” and “Bango Was His Name Oh!.”

"Stu", as Stewie's future self is called, is taking a time-travel vacation. When Stu travels back to the future, Stewie stows away with him. Stu passes off Stewie as a Nicaraguan boy named Pablo. Stewie learns that at age thirty-five, he will be a virgin working for the Quahog Circuit Shack, and living by himself in a filthy apartment. Disgusted with the way his life will turn out, Stewie remodels Stu's apartment and gets him to lose his virginity to his co-worker Fran. 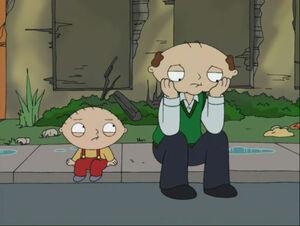 The next day, Fran tells everyone about it, costing Stu his job for having relations with a co-worker. Returning home, he finds that his apartment is in flames due to scented candles.

His life now ruined, Stu laments the day of his near-death experience at the Community Pool, revealing that memories of the experience will re-surface when Stewie is twenty, causing him to regress and preventing him from taking any risks. They visit Lois at a retirement home and get a new time-travel watch. Stewie travels back in time to the day of the accident and prevents himself from getting crushed by the chair. However future Stewie gets vaporized by present Stewie creating a paradox.