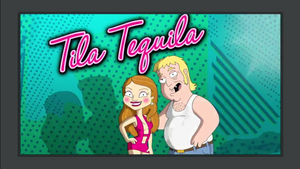 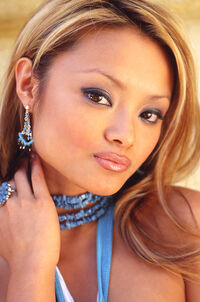 Tila 'Tequila' Nguyen (Born October 24, 1981) is a Singapore-born singer, model, and television personality. She is known for her appearances in the men's magazines Stuff, Maxim, Penthouse and her role as host of the Fuse TV show featuring performance striptease, Pants-Off Dance-Off.

Tila is announced as a guest at the 28th Annual Quahog Monster Truck Rally and Gun Show at the Quahog Convention Center in "Bri-Da" where the fans can not only get a picture, but they can also smoke a cigarette with her.

Retrieved from "https://familyguy.fandom.com/wiki/Tila_Tequila?oldid=215343"
Community content is available under CC-BY-SA unless otherwise noted.