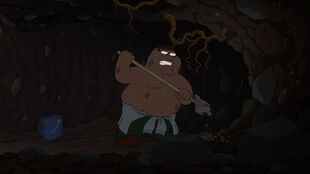 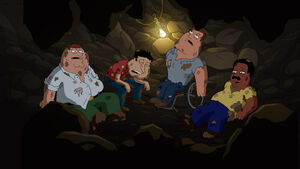 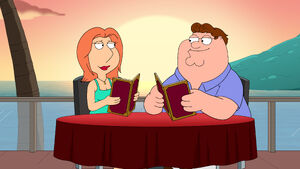 In a flashback of Peter's secret of Lois killing a person during their honeymoon to close the episode, they are in a seaside cafe and Peter selects the waitress for assassination as Lois willingly pulls out a gun.

Retrieved from "https://familyguy.fandom.com/wiki/Undergrounded?oldid=219496"
Community content is available under CC-BY-SA unless otherwise noted.