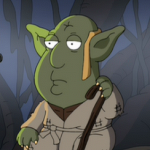 Leave a message after the Beep

Hi. New to this, so just looking for clarification on the policy about linking voice actors to roles. I happened to be watching a clip from Fast Times at Buddy Cianci Jr High, and when I heard the minor character, Amanda, speak I thought, "Surely that must be Tara Strong." I checked this Wiki first, but saw that no actor was attributed to the character of Amanda. I checked on IMDB and saw that, yes, they credit Tara Strong for Amanda. So I thought I'd pitch in here and link to Ms Strong for Amanda. After my edit was reversed, I read the editing policy for this Wiki, and I see:

"Please provide an authoritative source if claiming a voice role was done by a specific actor/actress. IMDB is NOT accepted! Unsourced edits will be reversed and persistent attempts will be treated as vandalism. Preferred sources include press releases from FOX, TV Guide, respected news media or an official page for the voice performer."

For such a minor character as Amanda, I kind of doubt there'd be a press release or a mention in TV Guide as to who is voicing the character. If we can't use IMDB, or simply the ears of those of us who watch a lot of animated shows and can recognize the actors by their voice, what does that leave? (if you listen to the character of Toot on Drawn Together, and then Amanda saying, "Oh captain, my captain." in this episode, there's no doubt they're both voiced by Tara Strong.) I did find one other site, behindthevoiceactors dot com, which also attributes the role of Amanda to Tara Strong. Not sure if that site qualifies as an acceptable source.

I spend more time on the Bob's Burgers Wiki, and on that Wiki, it seems to be a goal to track down and attribute an actor to every character, no matter how minor.

So, apologies for the unattributed edit, and thanks for your time. :)

Brian's character was Swishy and then Chris hijacked both characters for his own use to pitch to the guy who would rather hear about Phineas and Ferb.

How come we can't have pages for Flunky/Swishy? Obviously they don't recur as much as Itchy and Scratchy but it seems like Category:Bit_Characters could apply since "recurring" is not part of the category name.

I guess that means Karen Altman and Beatrice Fuller are off the table too? I took screenshots of Joe catfishing Peter and Chris catfishing Joe but Movin’ In (Principal Shepherd’s Song) doesn't have a gallery.

Without episode galleries, unless you'd permit their inclusion in the plot (unlikely since it was a minor bit) there isn't really anywhere I can think to put the KA/BF information if they're not allowed to have character pages.

Given that both are apparently high-school crushes that Peter/Joe had, it's plausible they might recur later, or maybe have appeared in earlier episodes as recurring non-named background characters, so I was hoping that in having pages for them it could help attract potential information. There's always a 'first known spotting' which sometimes can take a while to build on if animators are subtle about their cameos. talk2ty 18:23, May 19, 2020 (UTC)

We don't permit pages for alternate identities of existing characters, Flunky, Swishy, Karen and Beatrice all fall under this at the moment. A screenshot of Peter looking at 'Karen's' picture is at Cutaway Gags Season 18. The entire exchange is in Movin’ In (Principal Shepherd’s Song)/Quotes. After sleeping on it, I am going to reinstate the Flunky The Dumb White Dog page but it will be heavily modified from what I saw to fit standard style and content. Right now I'm busy wrapping up American Dad. --Buckimion (talk) 18:29, May 19, 2020 (UTC)

Retrieved from "https://familyguy.fandom.com/wiki/User_talk:Buckimion?oldid=222842"
Community content is available under CC-BY-SA unless otherwise noted.