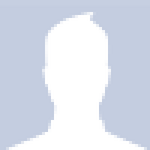 Hi, welcome to Family Guy Wiki! Thanks for your edit to the Stewie Griffin page.

Brian should get revenge on Quagmire.

I must say, the conflict between Brian and Quagmire is getting interesting. Since Quagmire started hating Brian after The Cleveland Show, I figured Brian should say the following to him:

Funny, but Shawshank Redemption and Stand by Me is Three Kings last year are both Steven King short stories. A bit of rephrasing may be needed for The Splendid Source. :) --Buckimion 18:51, May 27, 2010 (UTC)

We only have room for the next TWO episodes at a time in the template. (Plus a special ad for the season finale if known.) Do not add more until episodes are shown. --Buckimion 14:51, September 23, 2010 (UTC)

Re: Rush Limbaugh on Family Guy!

I don't know much about America, let alone American politics. I couldn't care less about it either, and I live in the UK; so that explains a lot.

With the new software & format change, captions on pictures has been disabled. Older pictures with captioning will eventually be changed as well.--Buckimion 21:27, November 15, 2010 (UTC)

While I am aware of what was REPORTED at Comic-con on Roger's appearance:

1. Do not list him unless there is video or picture evidence of his appearance for everyone to see. Last year we had reports of Bertram in "...Dark Side" and when the video came out, no Bertram.

2. If his character does not have a Star Wars name he is listed in the lower "Also Appearing" section although I expect knowing Lucas that the character has a name. --Buckimion 11:46, November 25, 2010 (UTC)

Since Netflix and other outlets now show the "uncensored versions", we now use that term rather than "DVD" to specify limited-access content. Do not make it a point to change older edits at this time. --Buckimion (talk) 02:08, January 10, 2014 (UTC) 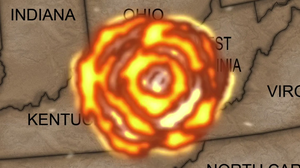 No problem. I was highly amused when, after doing my prep work based on the uncut version, I told my wife to watch for the exploding plane gag that never happened in our local broadcast. Not something that happens often on the same night. --Buckimion (talk) 13:52, April 1, 2014 (UTC)

At the end of the episode, Chris, Lois and Meg express their dislike for Seth while his characters defend him, all because Peter doesn't like Seth Green. --Skywalker80 (talk) 12:45, May 9, 2014 (UTC)

Pictures up for "The Longest Distance Relationship" http://americandad.wikia.com/wiki/The_Longest_Distance_Relationship --Buckimion (talk) 02:40, May 15, 2014 (UTC)

The official guest voices for the episode have already been established. If she has a voice credit, it will be listed under Guest Voice Credits by Season. --Buckimion (talk) 23:16, September 22, 2014 (UTC)

Please refresh yourself on the policy pages. We are no longer allowing extended dialog in quotes, nor may you incorporate a previously taken quote into your own dialog. We are cracking down on the difference between quotes and transcriptions of the scripts. --Buckimion (talk) 18:04, September 28, 2014 (UTC)

Retrieved from "https://familyguy.fandom.com/wiki/User_talk:Skywalker80?oldid=169169"
Community content is available under CC-BY-SA unless otherwise noted.