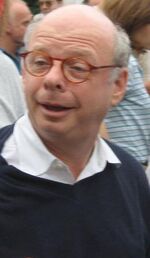 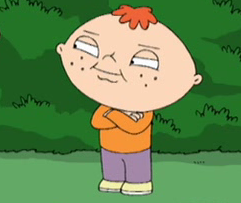 Wallace Shawn (born November 12, 1943) is an American voice actor, best known for his roles as Vizzini in The Princess Bride, as well as other roles in the Toy Story franchise, Star Trek: Deep Space Nine, and in My Dinner With André.

He voices Bertram in all of his appearances. He also voiced Bertram in the Family Guy Video Game! as the final boss as well as the main antagonist in Family Guy: Back to the Multiverse.

In "Brian the Closer", the Griffins watch a film on television titled My Dinner With André the Giant in which André complains that Wallace's character is wasting the last few hours of his life.

Retrieved from "https://familyguy.fandom.com/wiki/Wallace_Shawn?oldid=223413"
Community content is available under CC-BY-SA unless otherwise noted.