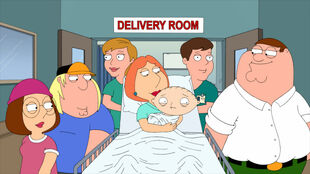 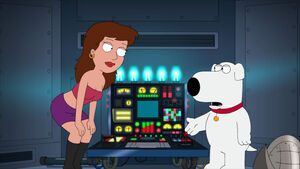 When Brian needs to use Stewie's time machine to impress women he meets at bars, one points out that Stewie can tell it was used by a trip counter. But when Brian tries to remove the evidence by rolling back the counter he breaks it and when he and Stewie get inside to try to fix it, it explodes, leaving them with the shattered remains. Stewie finds evidence of Brian's sexual goings-on and Brian is forced to tell the truth. As Stewie tries to figure out how to fix the time machine he looks outside and finds everyone is moving backwards. 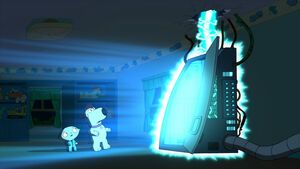 As Stewie sets out to rebuild the machine he notes that the time reversal has affected everyday life in Quahog and they find that time starts moving faster and faster in reverse through time dilation. They proceed though various points in Stewie's life and in the series. When they see a pregnant Bonnie, Stewie soon figures out that he will be “unborn” as well.

As Stewie moves quickly to try to fix his machine, he loses the ability to walk and soon finds himself nearing the moment of his birth. As he is taken to the hospital to be born he charges Brian to fix his machine. Starting the machine, he runs into Stewie's security program. Deciding to reverse what he did to break the machine, he finds it works and time is restored. Rushing to the hospital, he arrives in time for Stewie's birth.